Season 5 has introduced some interesting new mechanics into Chapter 2 of Fortnite. These include Quests, Bounties, and the gold bars which are the reward currency associated with them. Although gold bars can’t be purchased with real money, Fortnite players are already using them to gain the upper hand in certain situations. The new gold bar currency will without a doubt become even more significant as the season progresses.

This is because players can stack gold bars throughout the season and spend them in any matches they want. Some of the rewards, such as exotic weapons, can be quite costly though. It will be important to efficiently collect the gold bars in every match. Failing to do so will only leave you feeling outgunned as the weeks go by. Fortunately, the right strategy will allow you to effortlessly stack up the currency while also giving you more building supplies to work with. Who said gold bars were only limited to Quests and Bounties in Fortnite? You just need to know where to look for them.

There’s no single road to wealth

Gold bars can be found throughout the world of Fortnite, as they are hidden in all kinds of logical objects that people tend to stash or lose money in. We will get into those details, but let’s quickly cover the obvious ways to earn gold bars first. As previously mentioned, Bounties and Quests are the advertised means of getting rich. You can acquire these by visiting the NPCs that are scattered around the map.

Bounties involve dispatching a specific enemy player for a reward of 70 gold bars. This is by far the most lucrative way to earn gold bars in Fortnite. You can also earn eight gold bars from killing random enemy players and looting them afterwards. Quests only offer 30-35 gold bars, but they can be completed far more easily. An NPC Quest might involve collecting ammo or looting chests, so there’s far less risk. It’s also worth noting that there is no cost for accepting Bounties or Quests, so you should never turn one down if your goal is maximum profit. For more information on how to do these tasks, check out our Fortnite Bounties guide. 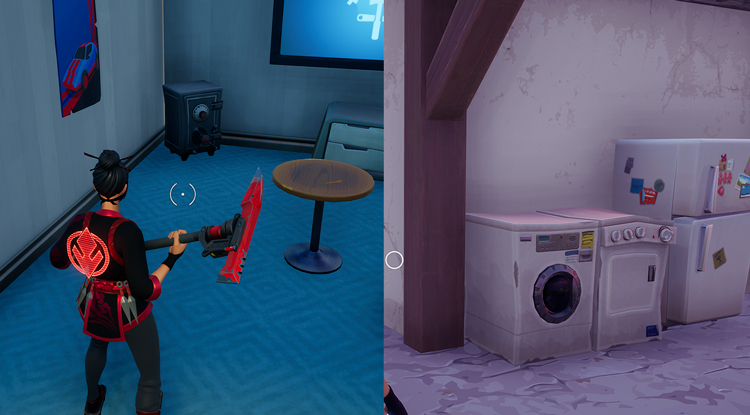 From safes to washing machines, gold bars spawn in all kinds of objects in Fortnite.

Now let’s get to the various ways you can collect gold bars throughout the island of Fortnite. Epic loves to hide things in all kinds of places — we’ve learned that by now. When it comes to the gold bars, they can appear in everything from chests to washing machines. Quantities vary, but you can expect five bars from these different sources on average. All of these sources (besides the beds) have 100% guaranteed drop rates.

Rare chests, random safes, and the occasional rare drop of 70 bars from beds are particularly good opportunities to look out for. Safes also randomly spawn in the names locations around the map. We now have guides on all of the spawn locations and since creating this guide, Epic has increased safe payout from 100 to 150 gold bars. Just head over to our Chapter 2 Season 5 guides and features hub and scroll down to the safe locations list to discover more. 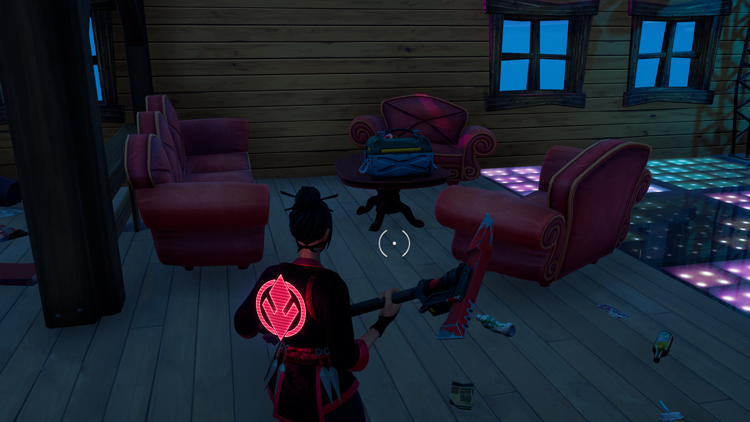 These seemingly unimportant chairs in the dance club all contain gold bars, so you can leave the building with roughly 60 bars just by breaking down the furniture and opening the chests within.

While looting for gold bars doesn’t offer too many rewards per source, it’s important to note that your earnings from this method will stack up significantly over time. The other perk to earning gold bars through looting is that you will be able to simultaneously farm building resources in the process. Since building is a key component to winning in Fortnite, you can quickly see why this method of earning gold bars is great.

Adapting your playstyle for efficient collecting will be the best way to earn gold bars in Fortnite. Get in the habit of learning where NPCs spawn so that you can rotate through the map and quickly acquire new Bounties and Quests while you loot for more gold bars along the way. As we noted, some locations like the dance club will offer worthwhile bonuses that may be worth the detour as you rotate to new circles across the map. Just take note of what routes work best for you.

Got a problem? Throw money at it

Now that you are on the road to riches, you can start to think of how to blow all that currency. Seeing how vending machines and upgrade benches are gone from Fortnite, interacting with NPCs is the only way to get better weapons. You will of course need to find an NPC that lets you upgrade a weapon, but there are 40 of them scattered across the map. The cool thing about upgrading through the NPCs is that you can go all the way up to legendary tiers if you so choose. This is definitely easier than what the upgrade benches offered, because you won’t have to spend materials either. Prices are reasonable for the most part, too. You can get yourself loaded up nicely from several dozen to several hundred bars depending upon what you need. That means no more end-game situations with common/rare loot. 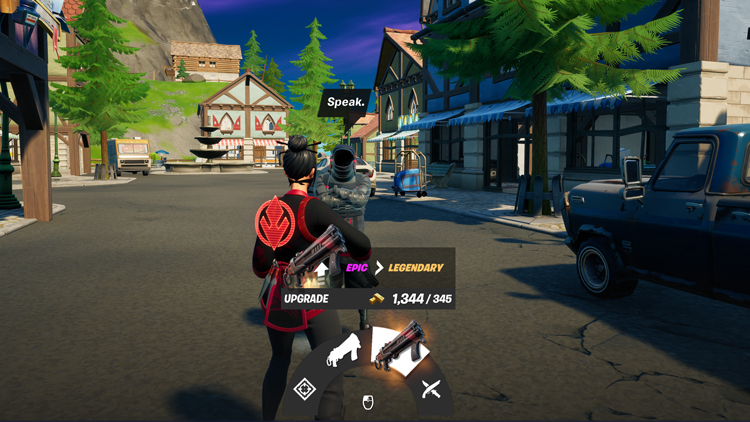 Upgrading the Dragon Breath incendiary shotgun to legendary isn’t cheap, but it’s not wildly expensive either.

You have other options besides just upgrading your weapons’ tiers though. You can also buy signature weapons from specific NPCs. For instance, Splode has an exotic sniper rifle with explosive rounds. Kondor offers a legendary exotic shotgun that spits incendiary rounds. These are by far the most expensive things you will purchase in Fortnite with your gold bars, and exotics can cost well over a thousand bars. Suddenly, farming those couches sounds more important, doesn’t it?

Depending on the NPC, you can also choose to buy Intel which can reveal nearby enemies, chests, or vehicles. Alternately, you may be able to buy health consumables, ammo, or utility items like fishing poles directly. Fortunately, these basic items are not very expensive, so they can helpful for getting you out of a pinch.

There’s one last option to consider when it comes to your spending sprees. You can recruit some NPCs who are willing to offer the service. It’ll cost you about 100 golden bars from what I saw. You can expect these NPCs to act just like the Stark robots from the previous season, as they will follow you around the map to the best of their abilities. These are bots after all, so don’t be surprised if they slow you down, a lot. However, they can provide a decent distraction during a firefight, so you might consider enlisting them from time to time.

It will be quite easy to earn gold bars and spend with them via the NPCs in Fortnite with the tips and explanations found in this guide. As you can see, gold bars aren’t particularly hard to acquire, so spending them will be just as important as earning them. Of course, you should expect most of your enemies to have epic and legendary weapons as well, so be cautious. Fortnite is about to get far more deadly.

Also, consider checking back with this guide as the season progresses. We will likely discover more ways to earn gold bars in the future and will update the methods as we learn them. You can also explore our Fortnite Chapter 2 Season 5 guides and features hub for additional info on how to become your best at the game in its latest iteration.