‘Fortnite’ Predator Challenges Locations Guide: How to Complete Them ALL and Unlock The Skin

The Predator has officially made its way to ‘Fortnite’. As IGN reports, the elusive alien has awaken from Stealthy Stronghold and is now patiently waiting to be unlocked and hunted in “Fortnite” Chapter 2 Season 5 Battle Pass. However, as anyone would expect, this is going to be a challenging feat. This guide is meant to help you make an easier path towards completing the predator challenges in ‘Fortnite’. 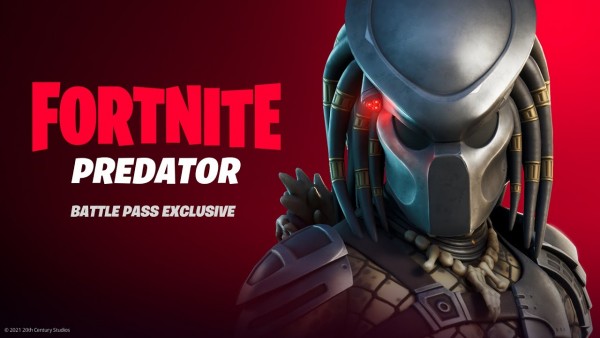 How to Unlock the Predator Skin in ‘Fortnite’

According to Epic Games, players need to go through a rough road before unlocking this Chapter 2 Season 5 Battle Pass outfit. In order to do this, you need to complete a series of challenges. The following challenges below are awaiting players.

Once the pod is found, the next task in line is to talk to the three NPCs namely, Beef Boss, Remedy, and Dummy. Beef Boss can be located at two possible places, namely Durr Burger food truck and the Durr Burger restaurant. Remedy and Dummy are also just within the proximity, located just North of the food truck within a house and circumventing the Pleasant Park.

Afterwards, you need to collect three Health Packs. It’s not very challenging to look for Health packs since by default they can be found all around the map. Once you find one, pickup, and then drop the first to collect the second, and so on until you reach the third and complete the challenge.

Upon completion of the previous challenges, you must face the final boss, which is the Predator himself. By completing the challenges beforehand, players are able to attain sprays, emotes, and more but this final challenge is the real deal. The Predator isn’t difficult to find. You should be able to find him at the same place where his pod crashed which is at the Stealthy Stronghold. He will be strolling around the northern or central areas once you find the zone.

How to Defeat the Predator

As you guessed it, the final challenge is the most difficult one. Completing this involves fighting with other gamers. This means you have to fight a group of players in this challenge with your team. Moreover, the Predator can sometimes be invisible. Once he sees you, he automatically has a greater advantage. Plus, his wrist blades can be deadly.

The best defense to attack the predator is to target shotgun blasts at his face. When he absorbs this damage, he will move away and clock. Remember to keep watch of sneaky players. Once you and your teammates take him down along with other challenges, you can unlock the skin.

Related Article: New ‘Fortnite’ Lever Action Shot Gun Weapon: Where to Find and How to Get Them

This article is owned by Techtimes

ⓒ 2018 TECHTIMES.com All rights reserved. Do not reproduce without permission.